Flying out the catch 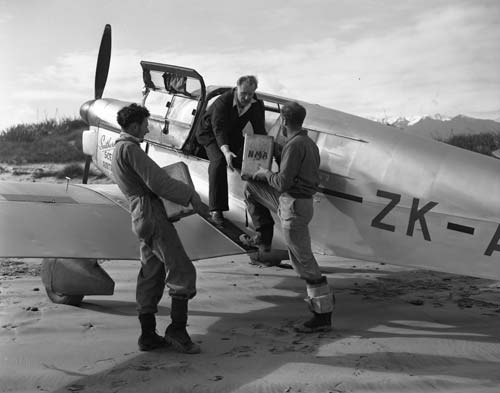 On the beach at Big Bay, South Westland, two whitebaiters and a pilot (standing on the wing) load whitebait stored in kerosene cans. Using planes to fly out the catch from Big Bay began in 1947 when three whitebaiters, Eric Midgley, David Weckesser and George Mitchell, were fishing the isolated Awarua River in South Westland. Before they established a radio for contact with the outside world, whitebait were kept in ‘live’ boxes in the river. When the men got their radio, they called in the plane and had the boxes ready for pickup as it landed.