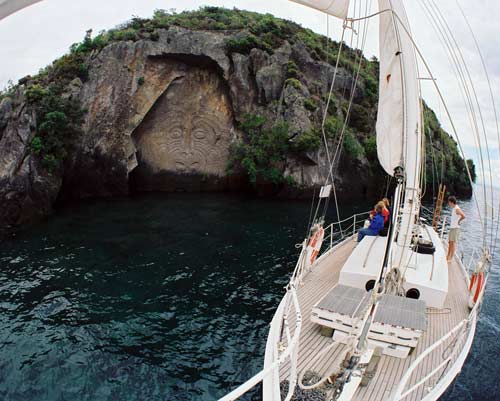 The face of Ngātoroirangi, an ancestor of the Ngāti Tūwharetoa people, is carved into ignimbrite rock at the south end of Mine Bay in Lake Taupō. It was carved by master carver Matahi Whakataka-Brightwell, using power tools.

Ngātoroirangi arrived in New Zealand on the Te Arawa canoe and claimed for his descendants much of the area around Lake Taupō that is now Tūwharetoa territory. Chilled after climbing Mt Tongariro, he called on his sisters in Hawaiki to send fire to warm him – the traditional story explaining the Tongariro volcanoes.