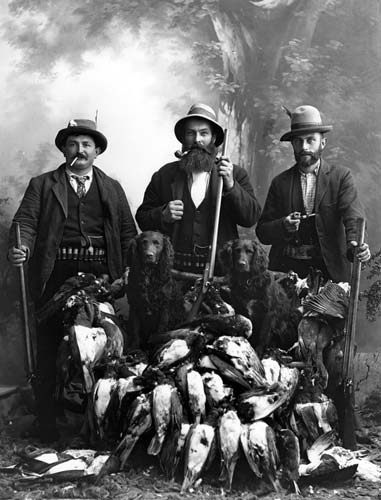 Hunters pose by their haul of kererū (New Zealand pigeons), around 1900. The birds were an easy target, and large numbers were shot. Māori often clashed with the hunting lobby over the open season for hunting kererū. Pākehā hunters, regarding kererū as sporting game, wanted the season to be early, when the birds were reasonably agile and harder to catch. Māori, who wanted the birds for food, preferred a late autumn and winter season, when the kererū were fatter, better to eat, and easier to catch.