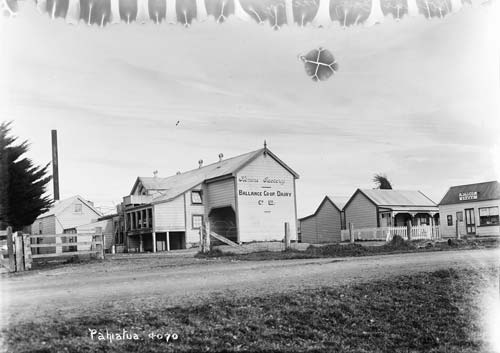 The Ballance Dairy Co-operative was established in 1895 by local farmers, who held shares in proportion to the amount of butterfat each supplied. In 1913 the company began producing cheese, which was more lucrative than butter. By 1915 the factory was making 19 export cheeses a day, each weighing 38 kilograms. The co-op also had four creameries and a factory at Konini (south-west of Pahīatua), seen here in 1910. The company closed in 1936.