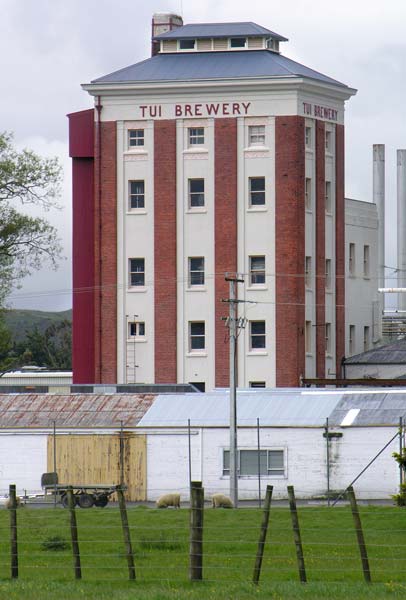 Henry Wagstaff opened the Tui brewery at Mangatainoka in 1889, attracted by the water of the Mangatainoka River. In 1903 he sold it to Henry Cowan, who developed the prize-winning East India Pale Ale. As the factory expanded, a seven-storey brew tower was built in 1931, so brewers could use gravity to turn malt into beer. Oddly, the builders forgot to put in a lift and stairs, a problem later rectified.

In 1969 the brewery was sold to Dominion Breweries, which expanded the business outside its traditional Wairarapa–Hawke’s Bay base. Tui’s humorous ‘Yeah right’ marketing campaign, started in the 1990s, has become a huge success. The tower is no longer used, but is a registered historic place.