Fowler with a stick 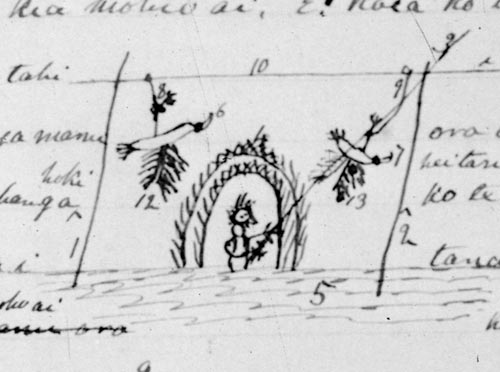 This sketch was drawn by Te Arawa elder and scholar Te Rangikāheke in a manuscript about fowling. It depicts a fowler holding a stick and hiding in a temporary hut. Two decoy birds, described by Te Rangikāheke as manu tīoriori (song birds) are attached to the perch. The decoys attract other birds, and when they alight on the perch the fowler knocks them off with his stick.