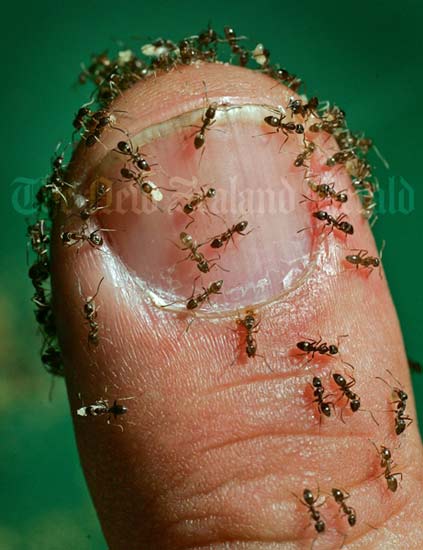 Argentine ants (Linepithema humile) are one of around 28 introduced ant species in New Zealand. They are very aggressive and can eliminate other ant colonies, and also destroy and eat other insect species and earthworms. These invasive species pose a great threat to many forest floor invertebrates that have evolved in a land without aggressive ant species. Although they breed prolifically, Argentine ants do not fly but walk to establish new nests. This means that they do not spread rapidly, but an infested site has a very high number of ants and colonies which merge into one vast super-colony that extends over a very large area. Their natural rate of invasion is a few hundred metres per year.