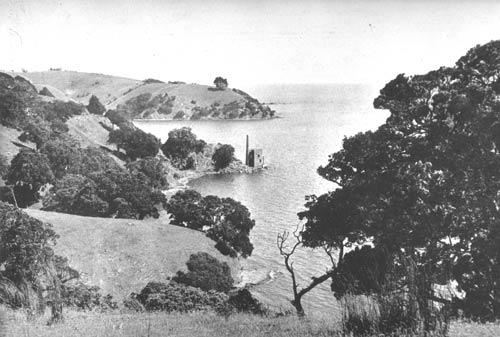 Copper was discovered on Kawau Island in the Hauraki Gulf in 1842. Four years later a mine was opened. Over the next two decades, about 2,500 tonnes of ore was mined and smelted for copper. The chimney and remains of the smelter can be seen at the entrance to South Cove in this 1913 photograph.