Three arms of government (2nd of 2) 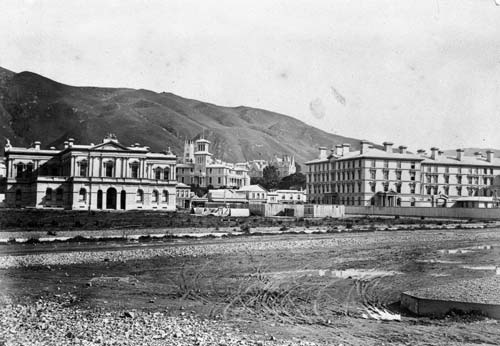 The central government took part of the reclaimed land for itself. In 1876 it put up a four-storey building (at right) to house the public service and the executive. Known as Government Buildings, it was originally designed to built of stone, but wood was used to save money. Just to the left and surrounded by trees is Parliament Buildings. In 1881, a new Supreme Court opened opposite Government Buildings (centre left). This scene shows the three arms of government: executive, Parliament and judiciary.