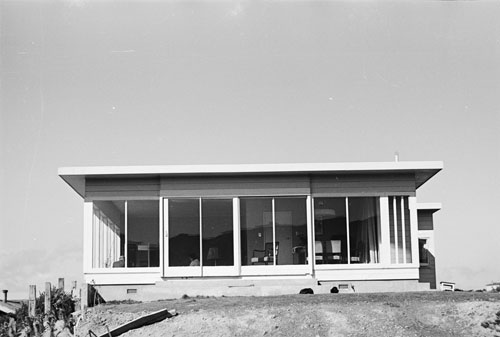 In the late 1930s Wellington became home for a small number of refugees fleeing Nazi Europe. Among them was the Austrian architect Ernst Plischke. Already an accomplished practitioner of the modernist style, Plischke helped introduce the new idiom to New Zealand. He designed this house in Ngaio in 1941. It has large picture windows, sliding doors and a flat roof. Set among conventional villas and bungalows, the house still stands out from its neighbours.