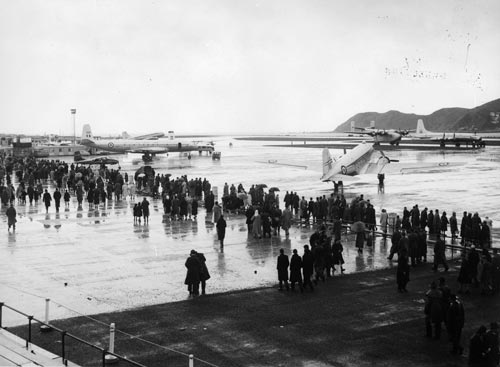 A crowd watches an aircraft display at the opening of Wellington Airport in 1959. Work began in the mid-1950s after it became clear the existing runwaywas too short for modern passenger aircraft. Houses in eastern Rongotai were demolished so the runway could be extended and realigned on a north–south axis. This also required the reclamation of parts of Evans and Lyall bays. In 2006 the southern end of the runway was further extended to meet international safety standards.