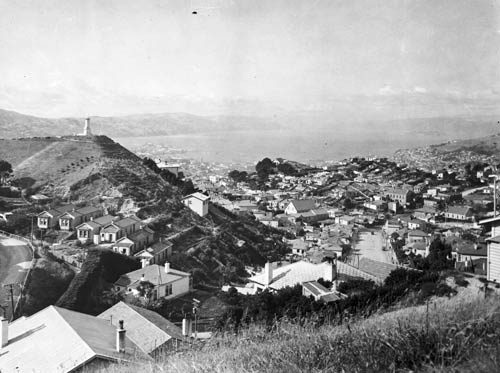 The suburb of Brooklyn was settled from the 1880s and grew rapidly after a tram route opened in the early 1900s. The obelisk on the hill (left) is a memorial to 47 Brooklyn soldiers who died in the First World War. Below it are six identical cottages. Three of them face the street (as was the convention) but the other three face the harbour.