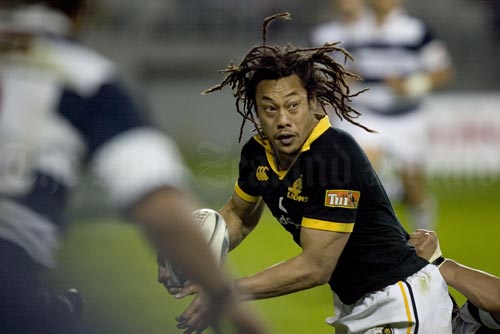 The former All Black Tana Umaga was born in Wainuiomata to Samoan parents. He originally played rugby league but switched to union in his late teens. He first played for Wellington in 1994, becoming an All Black in 1997. He gained a reputation as a hard tackler and good sportsman. These qualities were recognised when he was made All Black captain in 2003. Umaga resigned from this position in 2006 to spend more time with his family, but remained a Wellington provincial player until his retirement the following year.