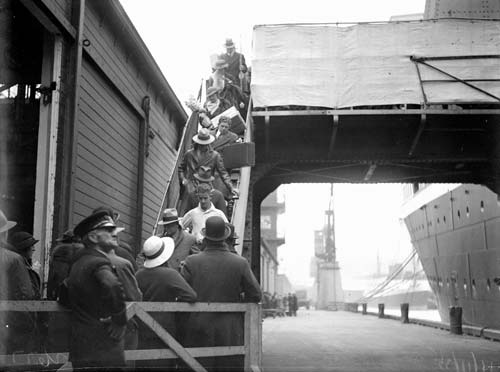 After the Immigration Act 1920, which excluded ‘unsuitable’ immigrants, only people of British (including Irish) birth and parentage found it easy to get into New Zealand. Along with Australians, they were excused from needing a permit to live in the country. In the 1920s and 1930s immigrant ships such as the Monowai brought thousands of new settlers, almost all of them British.