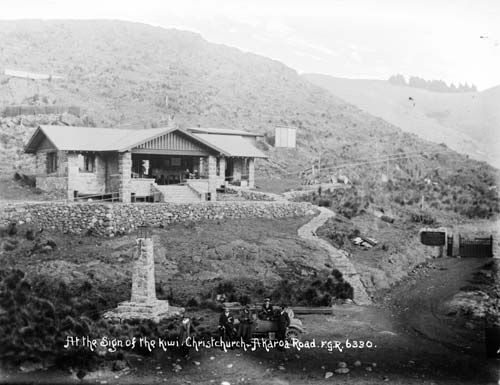 Conservationist Harry Ell had a vision of a network of scenic reserves around the Port Hills, near Christchurch, to be connected by a road with regularly spaced resthouses.

This shelter, the Sign of the Kiwi, is at the junction of the Summit Road and the road to Governors Bay. Designed by Samuel Hurst Seagar in the arts-and-crafts style, it was built between 1914 and 1917. It was used as a tearoom until the 2010 and 2011 earthquakes, which caused considerable damage. Repairs are expected to be completed for a re-opening in 2015.