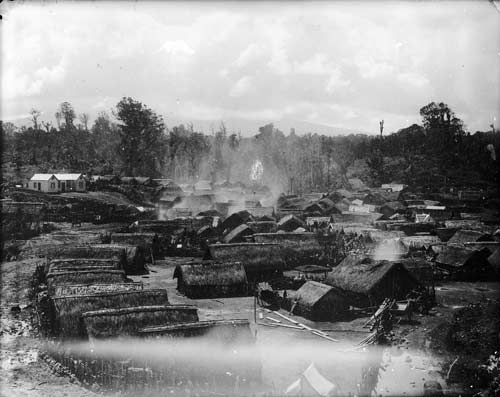 People of Ngā Rauru took part in the passive resistance movement centred at Parihaka pā in central Taranaki. The leaders of this movement, Te Whiti-o-Rongomai and Tohu Kākahi, opposed European settlement of confiscated Māori land. To deter settlers, they advocated obstructing government surveyors, and ploughing and fencing such land. In 1881, colonial forces marched on the village of Parihaka and arrested or drove away its inhabitants.