A demonstration against the occupation of Cyprus, 1994 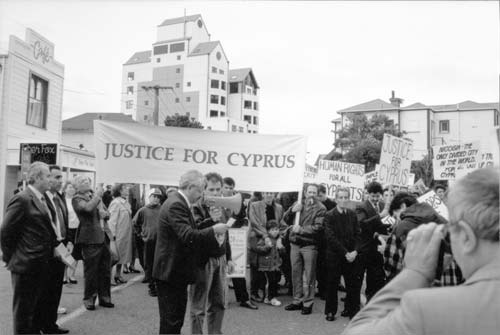 Some Greek refugees arrived in New Zealand following the Turkish invasion of Cyprus in 1974. The Wellington Greek community has been vocal in its opposition to the Turkish occupation, and organised a demonstration on the 20th anniversary of the occupation.