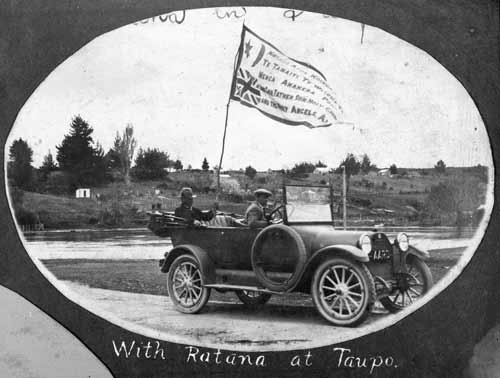 New Zealand’s Māori population began to increase after hitting a low point at the end of the 19th century. Until after the Second World War, many Māori remained in rural areas, cut off from mainstream New Zealand life. But in these years there were many signs of adaptation to a wider, Pākehā-dominated society along with a flourishing sense of identity. Wiremu Rātana founded the Rātana Church and won many adherents when he travelled around the country by motor car. The church gained considerable political influence after it forged an alliance with the Labour Party.

Protesting the visit of the US vessel Truxtun