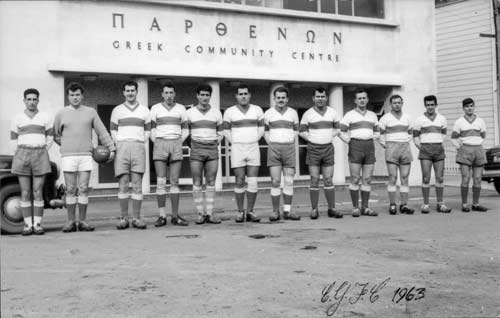 The first Greek school in New Zealand, about 1939