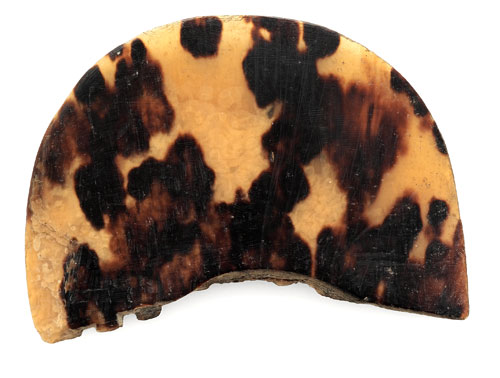 This tortoiseshell comb belonged to whaler Jacky Guard’s wife Betty. She was allegedly wearing it when she was attacked by Taranaki Māori after the ship on which they were travelling to Australia was blown ashore. It is said that the teeth of the comb were lodged in Elizabeth’s head by the blow of a Māori club.