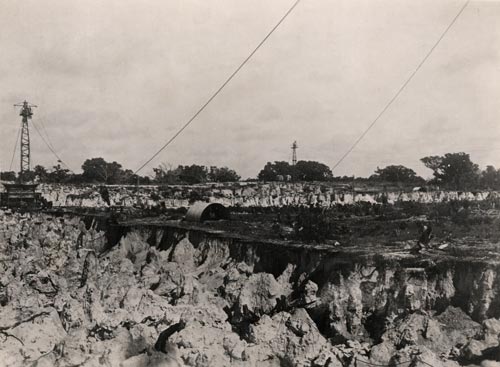 The Pacific island of Nauru once had large quantities of bird droppings or guano, which is mined for phosphate. After the First World War, the League of Nations made Britain, Australia and New Zealand trustees over Nauru. The British Phosphate Commission was formed in 1919, with rights to phosphate mining there. Nauru gained independence in 1968, but by then a large part of the phosphate deposits had been stripped. Now 80% of the island is a wasteland of jagged limestone pinnacles up to 15 metres high. Australia now has responsibility for rehabilitating these areas.