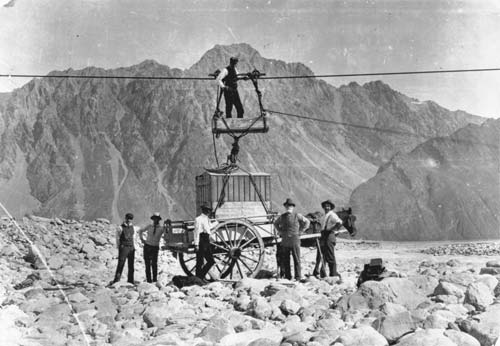 In 1907 New Zealand’s first chamois – two males and three females – were liberated near Aoraki/Mt Cook. Held in a crate, they are about to be ferried across the Hooker River on a flying fox. Another pair were released nearby in 1914, but the male was shot after it attacked tourists. From a total of nine original animals, chamois quickly spread. By the 1990s they were found in much of the South Island’s mountain country.