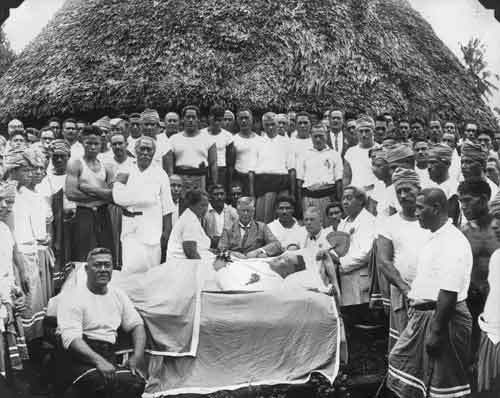 New Zealand’s administration initially brought some distress to Samoa. In 1918 New Zealand authorities allowed the trader Talune to dock, which introduced a devastating outbreak of ‘Spanish’ influenza. Then in December 1929, nine Samoans were shot dead during a demonstration by a non-violent independence movement, the Mau. One of those killed was a high-ranking chief, Tupua Tamasese Lealofi III, shown here.