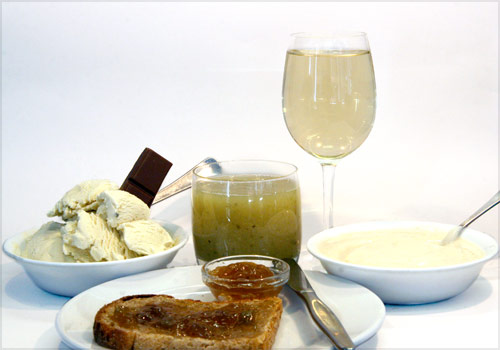 Feijoas are added to many foods and beverages to impart their distinctive flavour. Pictured here (clockwise from left) are feijoa icecream with feijoa-flavoured chocolate, a feijoa smoothie, a glass of feijoa wine, a bowl of feijoa and passionfruit yogurt and a slice of toast spread with feijoa and ginger jam.