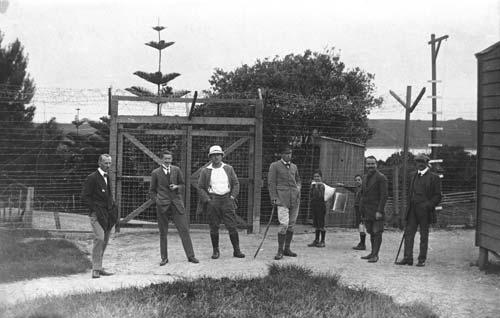 In the 19th century Motuihe became a quarantine station, and during the First World War (1914–18) it was an internment camp for enemy aliens. One of its most famous prisoners was a German count, Felix von Luckner (centre, with stick). He escaped soon after his internment in 1917, but was recaptured in the Kermadec Islands.