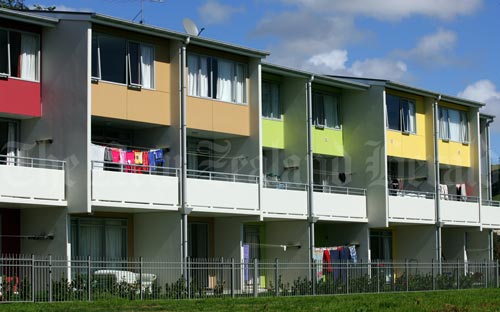 Talbot Park was a state housing area designed around a central reserve in the 1960s. This was well used by the children of the first tenants, but by the 1990s a change in the tenant mix – away from young families – had made the area unsafe. Much of the housing was also becoming slum-like. In 2002 the government decided to rebuild Talbot Park. Many of the existing houses were demolished and replaced with apartments and town houses. The area was re-landscaped and environmentally sustainable features such as solar heating were included in some units. The tenants’ reactions have been positive.