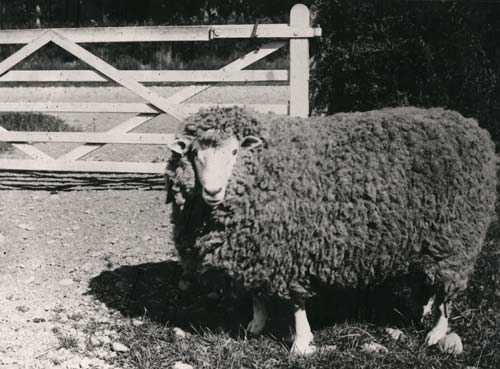 The Romney’s ability to withstand cold, wet weather and poor feed made it the most popular breed in New Zealand. This prize ram from 1897 is quite different from later Romneys. He has no wool on his face and legs, so could get about in muddy and scrubby conditions. In the mid-20th century Romneys were bred with woolly faces and legs, making them less suited to steep hill country than this earlier type. Modern Romney breeders have now gone back to a more open-faced sheep.