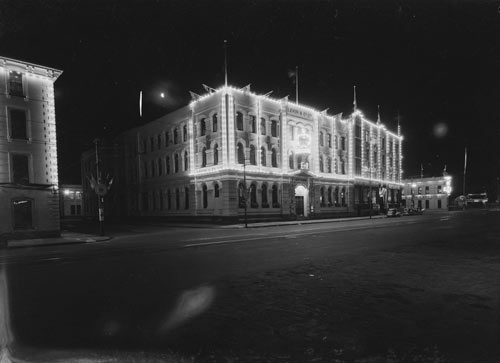 Levin & Co. was one of many firms that began as general traders and moved into the stock and station business. Founded in 1841 by Nathaniel Levin, it began by selling drapery, hosiery and haberdashery. The company soon became an importer and exporter, and was active in the wool trade. This is the Levin store in Wellington, decorated for the royal tour of 1954.