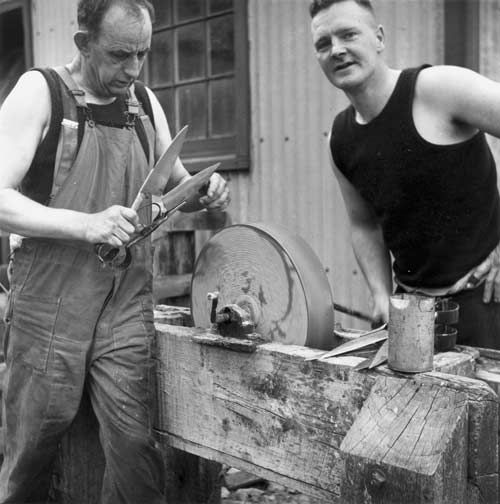 Two men sharpen blade shears on a manually operated grindstone at Grasmere Station, near Cass in Canterbury, in 1944. Blade shears are one manual tool still used in the 2000s. High-country sheep cannot be shorn too closely because they have to withstand lower temperatures, so blades are often used rather than shearing machines.