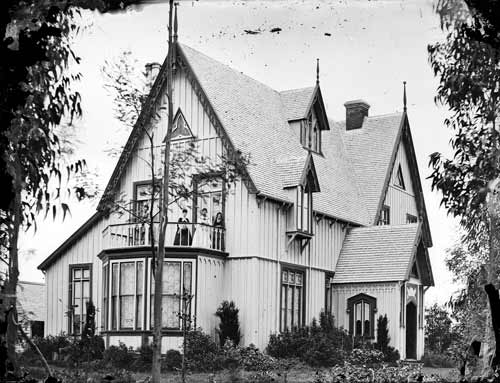 Oneida homestead, in Fordell, east of Whanganui, was designed for the Burnett family by Whanganui architect and surveyor George Frederic Allen. The Burnetts had lived in Oneida County in the United States before coming to New Zealand. The distinctive style of the house was Gothic revival, which began in the United Kingdom and was then developed for wooden residences by American architects such as Alexander Jackson Davis and Andrew Jackson Downing. Oneida's steeply pitched roof and many gables are very reminiscent of American carpenter Gothic.