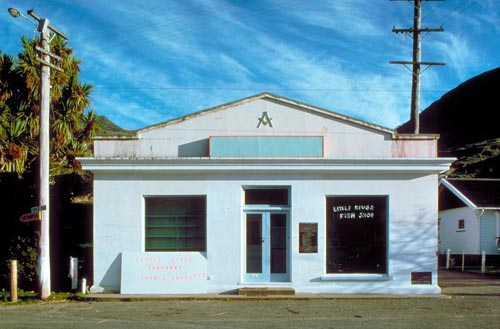 In the 20th century small towns were home to many clubs and voluntary associations. Many towns built lodges, such as this one at Little River near Banks Peninsula, photographed by Robin Morrison in 1979. By the 1970s this particular lodge also served other purposes – it was the Oddfellows’ Lodge on Thursdays, Presbyterian church on Sundays, and fish-and-chips shop on the other days!