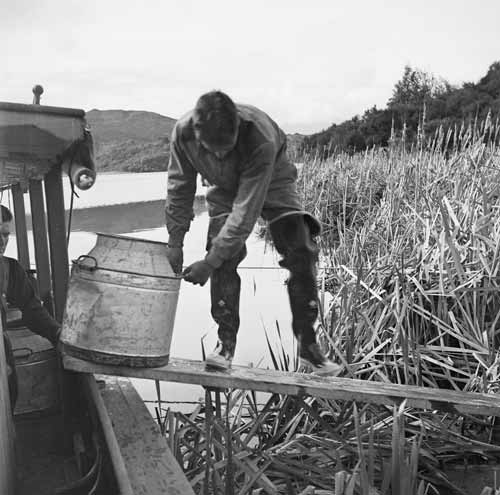 A man loads a milk pail containing trout fry onto a launch on Lake Rotorua, where the fry are to be released. Rearing trout in hatcheries and releasing them into waterways was widespread throughout New Zealand for many decades. Research has since shown that in most cases releases are not needed, as natural spawning produces more than enough juveniles to maintain the population.