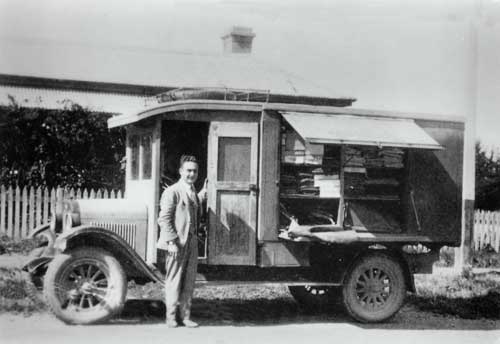 Brothers Joe and Saba Farry sold goods around the lower South Island. Using a truck chassis, they designed and built this van. Joe continued to operate his Southland run with a horse and cart during the late 1920s. When the horse died in 1929 the brothers joined forces in the van and concentrated on Southland and South Otago. Ever enterprising, they also opened a clothing factory in Dunedin. This decision reflected a change in focus as second-generation Lebanese embarked on more settled work, managing stores and other businesses.

Selling from carts and vans