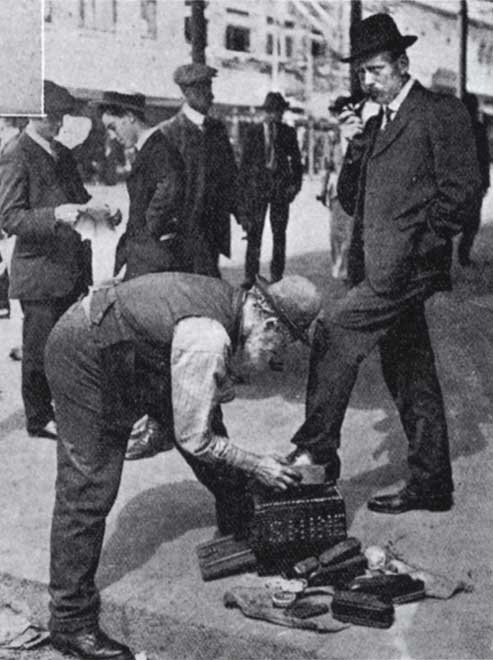 Bootblacks were relatively common on city streets until the mid-20th century. Their later disappearance may have been because New Zealanders came to see the work as demeaning – the bootblack is literally at his client’s feet – and felt uncomfortable being seen to support the trade.