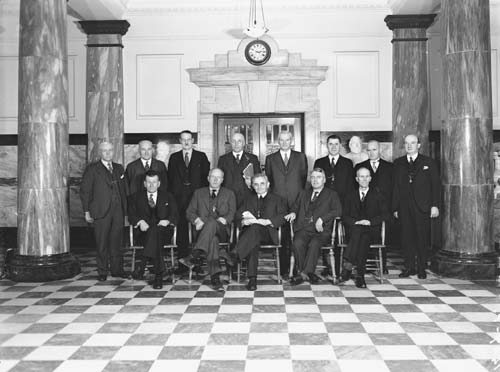 In the early years of the 20th century there was a major migration of Australians, as New Zealand’s recovery coincided with drought in Australia. Unionists and socialists were among those who came, and the Labour government, which took the reins in New Zealand in 1935, included no less than five Australians who had arrived in this period. They included Prime Minister Michael Joseph Savage (in the front row), and Robert Semple (back row, third from left), William Parry (fourth from left), Mark Fagan (fifth from left), and Paddy Webb (far right).