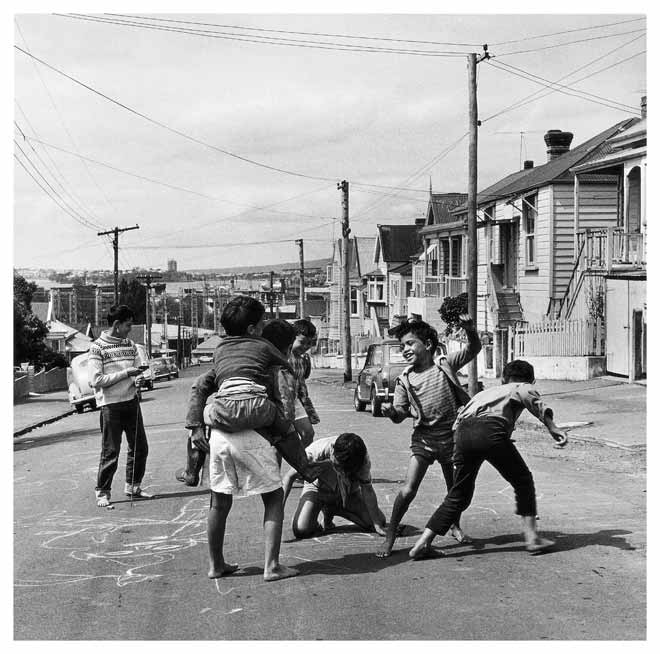 Māori children play on a street in Ponsonby, Auckland, in 1971. Due to its old and relatively cheap rental housing, Ponsonby attracted urbanising Māori (after 1950) and Pacific Island (after 1960) communities. The rest of Auckland was predominantly European. The ‘Ponsonby Panthers’ – a Māori and Polynesian street gang – were based in the suburb during the 1970s. The area was later gentrified and became an up-market enclave.