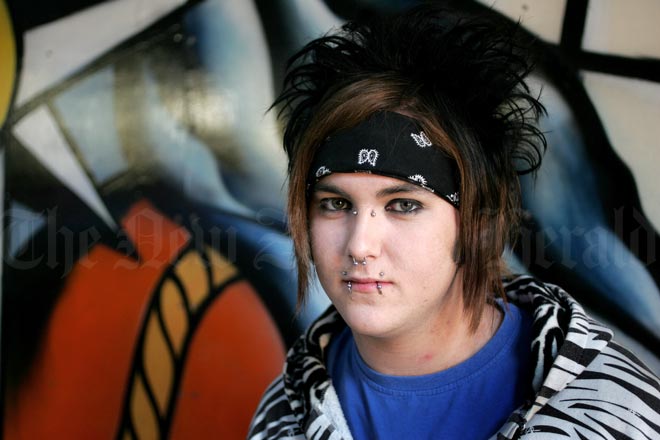 Aucklander Nick Sims sports the ‘emo’ look in 2007. Emo was a music and fashion sub-culture that was popular in the early 2000s. A typical emo had dyed black hair with long strands pushed to the side or over both eyes, tight jeans, T-shirts emblazoned with the names of emo bands, and black shoes. Emo was short for emotional, and followers were stereotyped as introverted, angst-ridden and prone to self-harm.