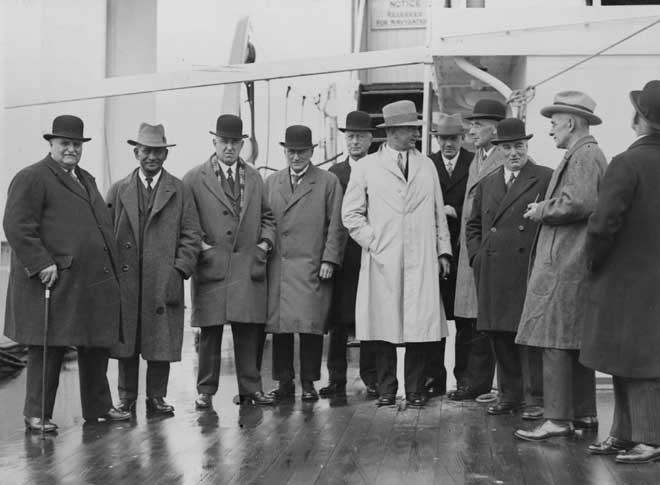 Gordon Coates (left), minister of public works and transport, is welcomed home by members of the cabinet in September 1932. Coates had led the country’s delegation to the Imperial Economic Conference in Ottawa, Canada. The conference cemented preferential trade deals between Commonwealth countries (such as New Zealand) and Britain, and placed severe quota restrictions on British imports from non-Commonwealth countries (such as Argentina).