Working in an ammunition factory 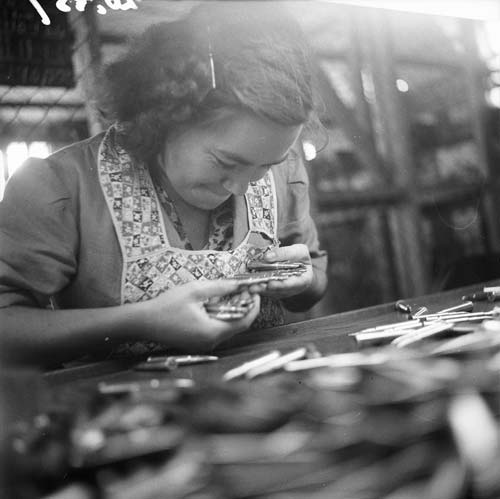 During the Second World War both women and Māori entered the paid workforce, and joined unions, in larger numbers than ever before. This woman is examining small-arms ammunition in a Hamilton factory in 1944.