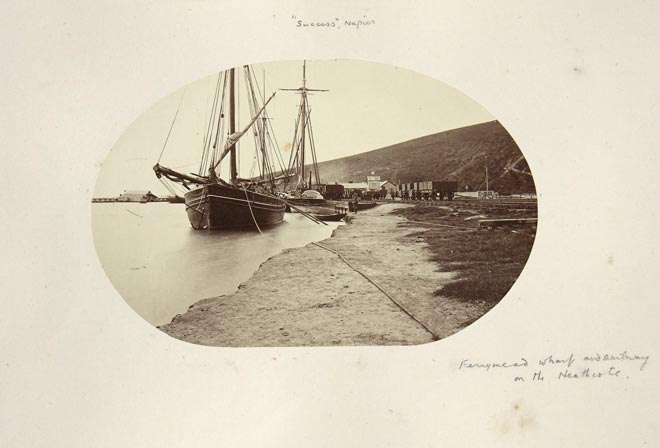 These ships tied up at the Ferrymead wharf offloaded goods via the railway line in the 1860s. Until the Lyttelton railway tunnel was built in 1867 the Ferrymead wharf on the Heathcote River was a busy place serving early Christchurch. Small ships came in over a bar at the river mouth. The railway tunnel ended the need for small ships to call at Ferrymead as the deep water port of Lyttelton was much better. The financial difficulties of particular industries such as coastal shipping, or wharves such as Ferrymead, were not necessarily good indicators of overall income growth. Contemporary economists call this creative destruction.