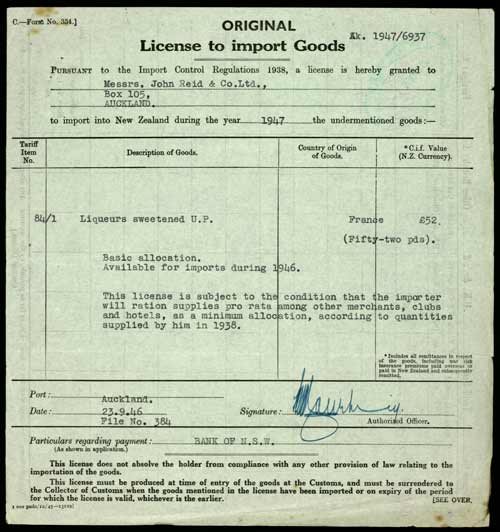 Import licensing was used from 1938 to control the quantity of imported goods. This import licence allows John Reid & Company to import a set amount of liquor sweeteners from France. Import licensing was introduced because of concerns about decreasing foreign reserves, and also to protect New Zealand industries – specifically the fledgling manufacturing industry. It was justified as a tool to encourage diversification in the economy.