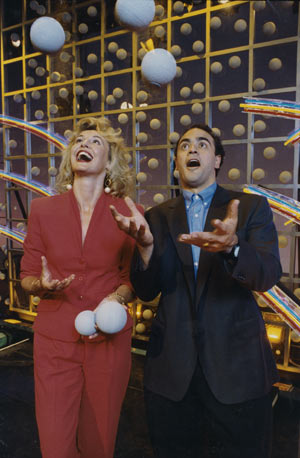 From the late 1980s there was a dramatic expansion in forms of gambling. In 1987 a weekly draw of numbers called Lotto was introduced, and by the 2000s two-thirds of New Zealanders were participating. Here the Lotto television presenters Hillary Timmins and Grant Kereama, who conducted the draw every Saturday night, throw the numbered balls into the air – not part of the process for selecting winners.

Changes in the gambling laws