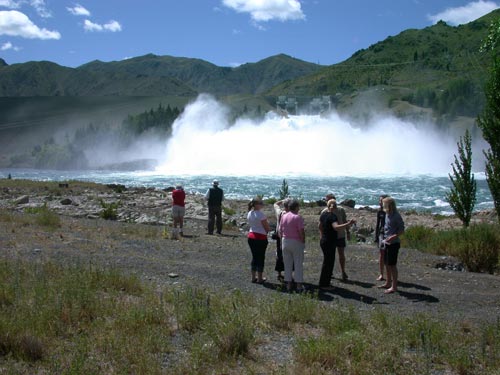 The Benmore dam, completed in 1965, is one of three major dams – the others are Waitaki (1935) and Aviemore (1968) – on the upper Waitaki River. Water is occasionally released from the lake to control its level, producing a spectacular display for passers-by, as here in January 2009, when around 970 cubic metres of water were released per second.