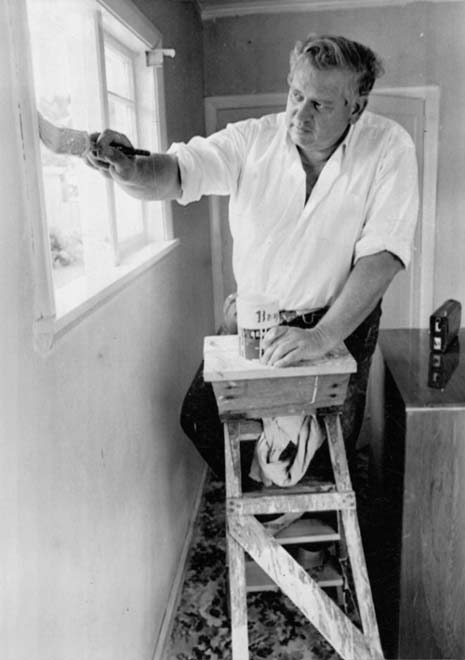 Labour Party leader, later prime minister, Norman Kirk paints a window frame of his house in Cashmere, Wellington, in 1971. As leader of the opposition, Kirk would have earned enough to hire a painter but, in the New Zealand ‘DIY’ tradition, he did it himself. He had previously built his own house in Kaiapoi, and had worked as an assistant roof painter on leaving school. Later he was a railway engineer before becoming mayor of Kaiapoi and then entering national politics.