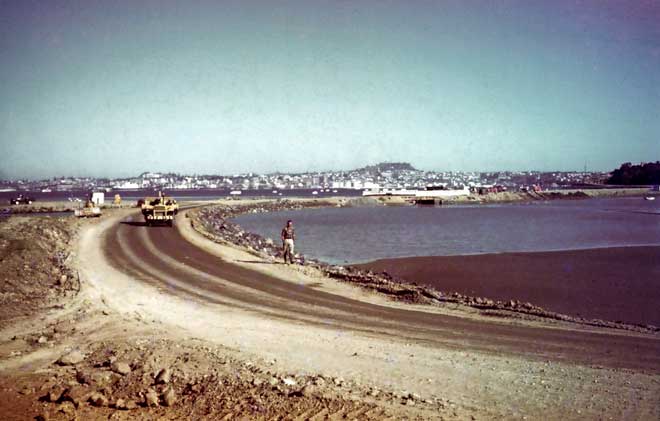 A workman walks beside the Onepoto lagoon during the construction of Auckland’s northern motorway, around 1956. The central city and Mt Eden are visible on the horizon. In the second half of the 20th century car ownership in cities skyrocketed. Suburban growth was no longer restricted by bus and tram routes. Car-based suburbs developed, leading to the construction of new highways and motorways to ease congestion on existing streets. The completion of the northern motorway in 1959 – including the Auckland Harbour Bridge – led to a population boom on the North Shore.