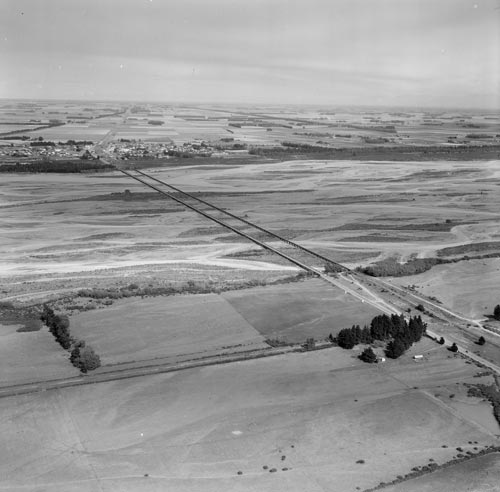 The Rakaia River in Canterbury was originally crossed by a timber bridge, begun in 1869 and modified to carry both road and rail traffic in 1873. Two new bridges – the road bridge on the left and the rail bridge on the right – were completed in 1939. The road bridge was funded by the Main Highways Board and built by the Public Works Department. The two bridges, over 1.7 kilometres long, are the longest road and rail bridges in New Zealand.