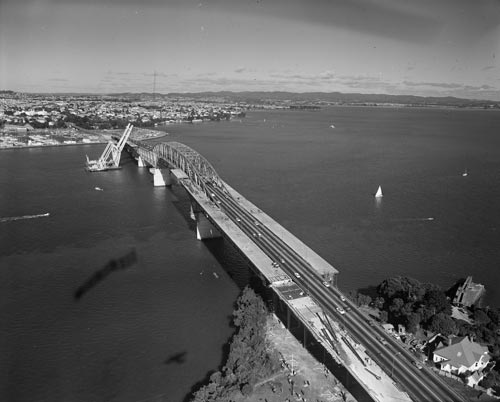 Soon after the Auckland Harbour Bridge was opened it became clear that the bridge was too narrow for the traffic. So less than 10 years later two additional traffic lanes were clipped onto both sides of the bridge. Here, in April 1968, the clip-ons have been added to the North Shore side, and the first is being added to the city side of the bridge. The additions were built by a Japanese firm, Ishikawajima–Harima Heavy Industries – hence the nickname.