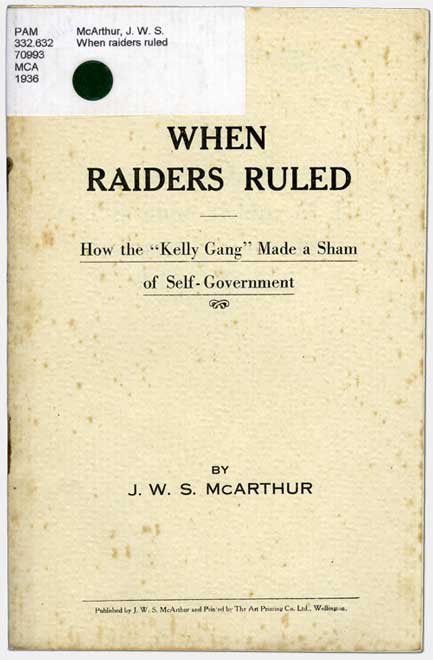 This pamphlet was written by John McArthur to defend his Investment Executive Trust from what he alleged was a conspiratorial attack by government. Investment trusts had begun in 1929; investors bought shares in trusts that invested the funds in a range of companies. This was accepted until McArthur launched his Investment Executive Trust, which was sold by door-to-door salesmen. When the stock exchanges refused to list his trust, McArthur formed his own stock exchange. In 1933 the government set up a commission to investigate stock exchanges and the commission focused on McArthur’s operations, which they saw as riddled with skulduggery. McArthur published this pamphlet to defend his reputation, but it was to no avail. His business was wound up, and investment trusts lost favour and had disappeared by 1938. They reappeared in the 1960s.