Protest against the sale of Coalcorp, 1989 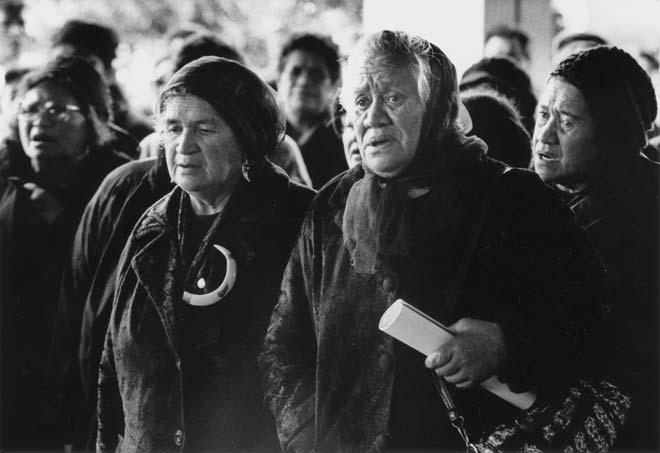 Tainui women sing hymns outside the Court of Appeal in August 1989 in protest against the sale of Coalcorp. The sale was part of the Labour government’s policy to extend market mechanisms in the New Zealand economy. As inflation rose in the late 1970s and early 1980s Robert Muldoon had attempted stronger government controls. The Labour government elected in 1984 took a different tack. It sought to liberalise the economy and to remove political involvement from activities such as mining and selling coal, which it believed could be more efficiently done by the private sector. The Tainui women from the Waikato feared that the sale of government interests in coal would lead to reduced employment in the mining area of the Waikato around Huntly. A consequence of Māori protest is that Coalcorp remains state-owned, but, even so, it is run as a commercial enterprise.