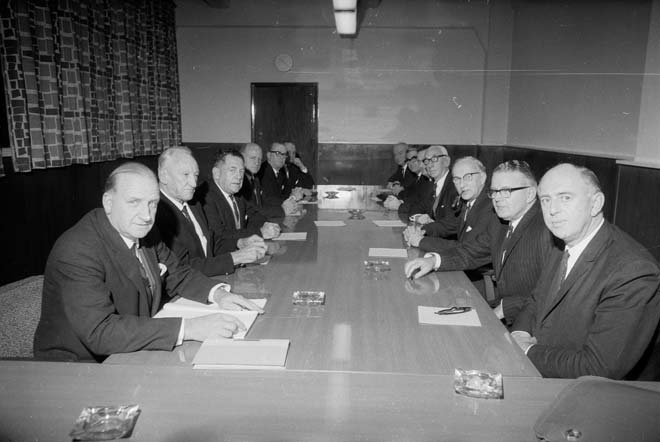 In July 1968, the Employers’ Federation joined the Federation of Labour in applying for a general wage rise. The pairing of the two federations, later described by Finance Minister Robert Muldoon as ‘an unholy alliance’, was a response to a nil wage order the Arbitration Court had made in June. The two organisations were attempting to prevent an escalation of the stoppages and strikes then being called by individual unions. Shown here are members of the Employers’ Federation (right, with secretary P. J. Luxford at the front) and the Federation of Labour (left, with president Tom Skinner in front). It was at this meeting that the decision to make a joint application to the Arbitration Court was made. The move was supported by Minister of Labour Tom Shand and officials in his department.